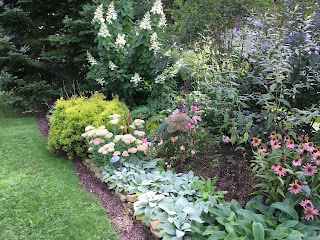 I am missing my blog..... and as a dear friend is winging his way to Uganda and he likes news from the home front, it appears to be the perfect time to sit down and review this slog of a year.

The midwinter slogged into Spring, pretty wet.  I planted beans three times and finally gave up.  The local farmers had a little better luck:  SUPPORT YOUR LOCAL FARMER!  The planting never was fast and furious this year and the weather was just crazy! I saw bugs I have never seen before, so many pests and very few honey bees.  Beans tanked but cucumbers were the garden over achievers.  From 6 plants; 45 pounds donated to the Salvation Army, 3 1/2 gallons of pickles, cucumber salad every single day, neighbors feed, friends delivered too and they are still producing! 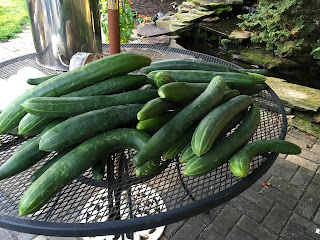 Wet, hot, a couple weeks of no rain and watering.  This must be the greenhouse effect that goes with climate change.

I applied to both weeks at Boston Mills in Peninsula, Ohio, back to back 4 day shows, now that is a real slog!  It’s a lovely art show and as I didn’t get accepted last year I applied to both weekends this year and got in both weekends.  What to do?  Thought about this long and hard and decided to do both.  The first weekend with the new functional transfer ware.  It’s pretty labor intensive with carving etc. The second weekend I got in with decorative work..... also labor intensive.  The grand plan, see what sells the best and start to wean myself off the other work.  This would simplify the studio and give me a little more sanity in my life.  I have never worked so many hours in the studio in an extended stretch of months.  There was no time to blog and it was pots, kilns and clay, 24/7.   Honestly, all the way to the stroke of midnight as I backed out of the driveway.  Both weekends were incredibly hot, over 100 degrees in the tents and then the biblical rain arrived.  Both weekends I had storage boxes floating in the back of my booth.  The first weekend my booth was on the outside edge of the tent and we had a tick invasion.  Ticks look great on white curtains ...... OMG!  I totaled out at then end of week two and my total sales were only $70 apart.  No decision was made, I will stay in the state of total confusion. 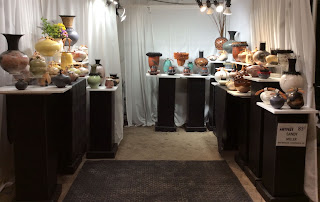 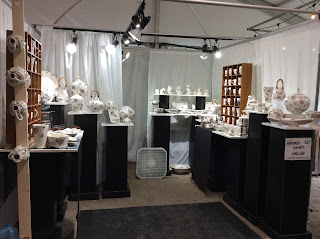 I off loaded everything in the studio, slammed the door and madly packed for my first ever trip to visit daughter #1 in Alaska.  It was a welcome break from studio burn out!  I came away gobsmacked by the opportunities available in Alaska. We toured the farmers markets, visited Rachael's college farm I have been hearing about forever, toured a musk ox farm, fished the Kenai and ocean, finally got some camping in and dragged 50 pounds of fish home and we canned Alaskan produce around Rachael's kitchen table and cleaned fish at her sink.  And somewhere in the wilds of Alaska I lost my wifi hotspot so I suspect there are bears ordering pizza.  If if you're a climate denier, get yourself to Alaska!  It is scary what is happening in Alaska.  I fished in a raging river with smoke all around us.  The river is raging from the melting glaciers and yet the fires are from little or no rain.  The spruce beetle, Dendroctonus rufipennis is leaving its devastating mark on the scenery too. 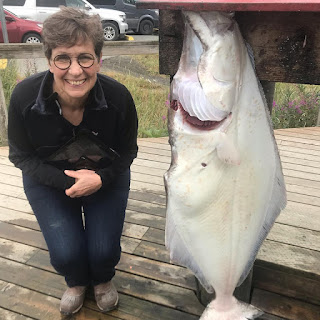 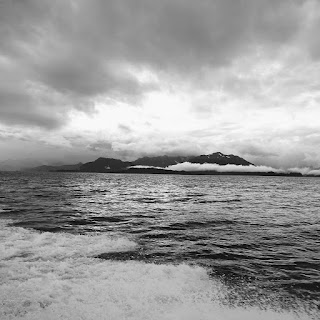 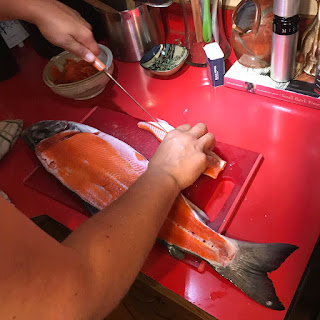 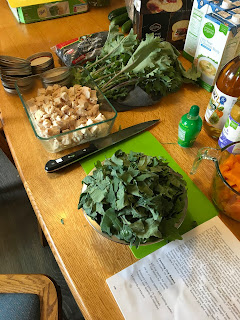 Missed my dog way too much and he apparently missed me.  It took two weeks to get him back to his happy self but we got there.  And yes, Alaska is as beautiful as everyone says........ it is a wonderful place to run away too. 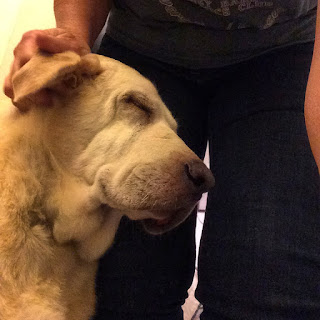 It has been hard getting back into the swing of the studio, even with the 200 bowl project for Peace Corps looming over my head. I have been making bowls for this project since 2006 and I am done.  It’s time consuming and this year truly has been a slog from the start.  The only reason I did it this year ...... they couldn’t find another potter interested.  I suppose if Rachael hadn’t been in Peace Corps and understanding the projects that are funded are pretty good endeavors I would not have stuck with it this long. 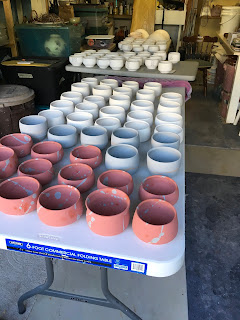 But wait!  It's canning season!!  All that stuff I canned last year is pretty much gone!  Time to replenish the shelves.  I learned a lot looking at what was left on the shelves as I started this years list.  We like food in jars that give you immediate gratification.  It's not your Grandma's fruit cellar anymore.  Now my shelves are filling with Bruschetta, Marinated Mushrooms, Dilly Beans, Peach Salsa, Cowboy Candy and  Eggplant Puttanesca but still rounded out with tomatoes, peaches, mincemeat, green beans and soups, lots of soups!  Canning is evolving and now that technology is catching up to canning it makes it much safer.  In fact the more I read the more I wonder how anybody lived through the early 20th century before mass grocery store feeding began.  If I didn't need to pay bills I would wander farmers markets, buying baskets of produce, come home and can away my life.  I just love this time of the year.  The colors, the vibrancy of all things coming from the garden!  It's an amazing way to say farewell to summer.  I love stuff socked away (specifically food) and this year with fish in the freezer too, well I am feeling pretty good.  The one place in my life I have a wee bit of control .  No added sodium, sugar or other things I can't pronounce, just pretty basic stuff.  Hmmmm maybe my next career I will be a canning coach....... I know I have a whistle around here somewhere. 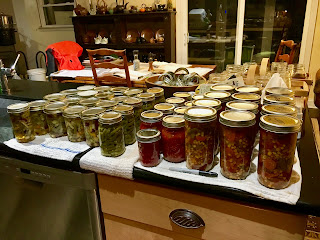 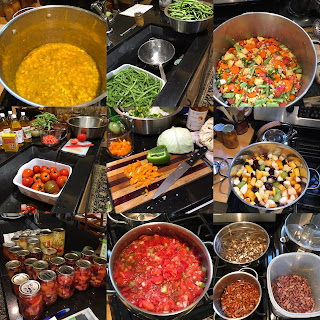 And some things stay constant....... back to Craigslist and bought a bigger pressure canner!
Another brand spank'n new canner that was used once maybe twice.  Now I can double stack jars!!  Saves me so much time.  Rachael will be getting the other canner. 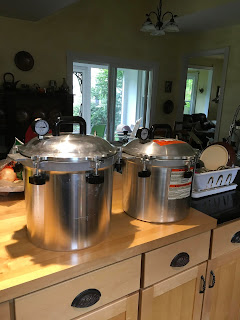 It's just been one hell of a slog this year. The year has not gone as planned, not even close and I don't see much changing.  I am contemplating cancelling a show but won't know until I see a couple shelves of mugs in the studio because if you don't have mugs, what's the point of setting up?  There has been so little time to blog and I have to say the state of the world has me left speechless.  I am just out of words on climate change, politics, human rights, stupidity on a scale I never thought we were capable of as a species.  We have the ability to do so much good and make this place a spectacular planet, spinning through time and space but we can't seem to stop fighting and tromping on one another.  Tread lightly.......

Maybe not like this guy somewhere in Alaska who just couldn't manage to encounter the wilderness without..... 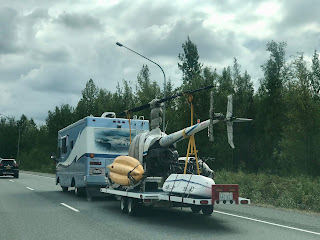 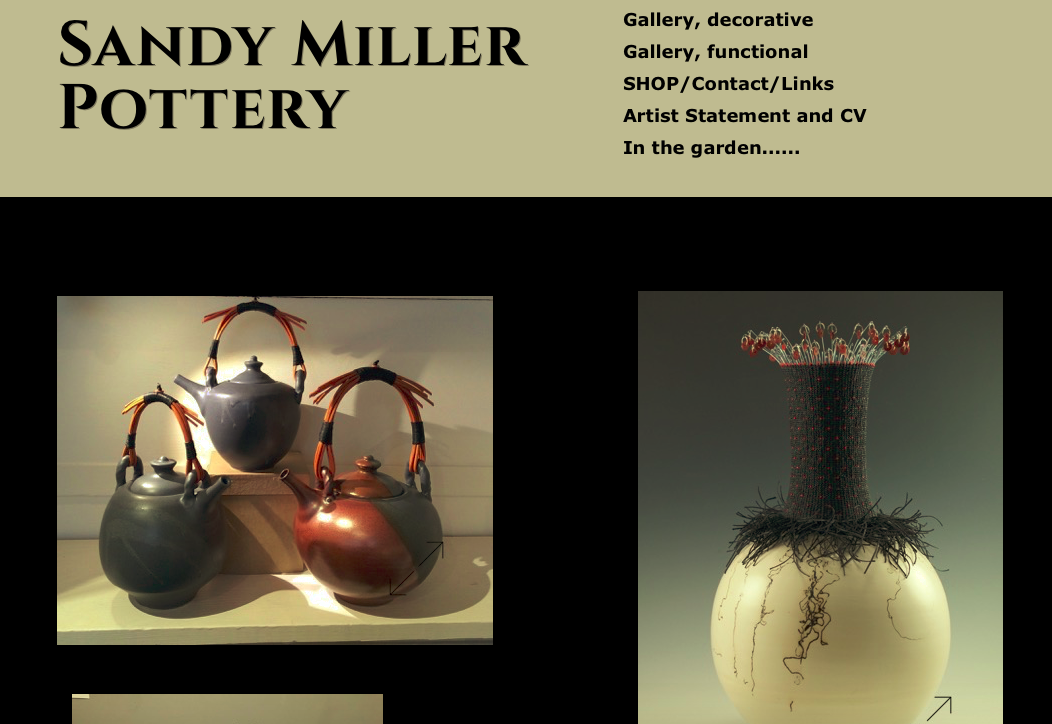 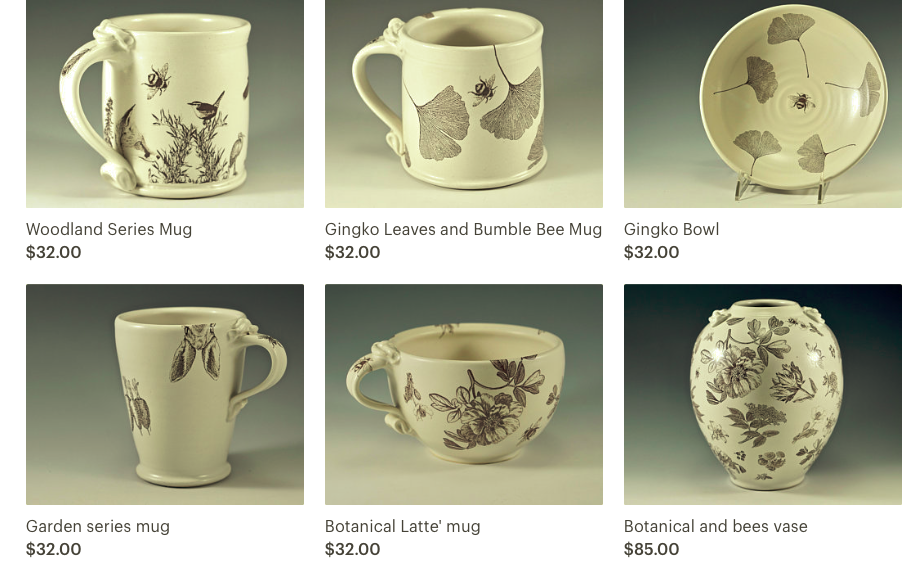