Oh my, not a post since April……. 40 lashes with with a wet sponge!  Much has transpired, new work, new equipment, new clay bodies, new glazes and dear Neil the cat has flown through two airports to get to Colorado with very little bleeding by all involved, including the Cleveland airport security guard who insisted on checking him for bombs at 5 a.m. in the morning!  Hell-meow!   He is sort of missed but now bullying other creatures, including the two legged attendants in the mountains of Colorado. 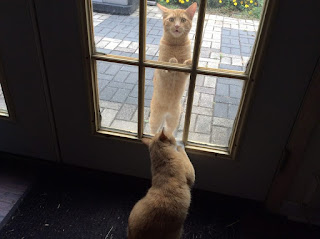 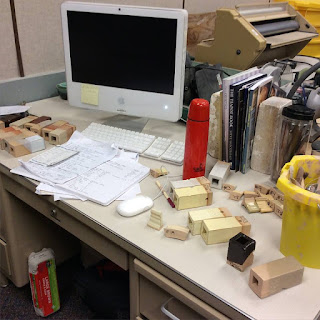 Still loving my job but after a year I am realizing how much my personal work is suffering.
I have had an education on students who attends community college clay classes.  There will be many blogs following this blog on;  What is an original idea and where do they come from and is Disney really your original thought?  Is there original thought on your cell phone?  And why do you need to check with your Mother?  Oh yeah, it's college……. 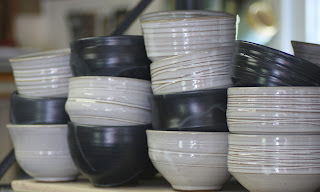 and the event has arrived!  If you would like to attend, here is the link:
Peace Corp Soups of the World event 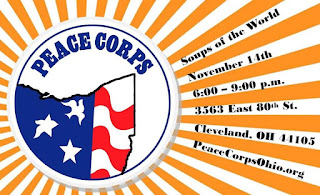 The Gallery at W78th has moved to a bit better space with more visibility, now residing in Suite 204.  Great neighbors and more traffic, love that!

This year the gardens went to hell in a hand basket, totally neglected but still paying off.  I have pounds and pounds of potatoes, onions, too much butternut squash, beans galore, basil, carrots are still in the ground, raspberries, blueberries, gooseberries, elderberries, peas, tomatoes, loads of herbs and all were shared with that beast of a groundhog.  Although there was not time to wage war on the hog this year, he grew fat and unafraid.  See you in the Spring!  Loads of stuff was given away and loads of stuff was composted as there was no time to can or dry anything this year.   Working at school 4 days a week, the gallery one day a week, home stuff like laundry, groceries, bank and a good dust suck and blow one day a week, leaving me one day in the studio to work or just stare at my wheel.  I managed to squeak out a few late nights several times a week but it was not enough.

Also taught a three day workshop at Touchstone on the woven pots.  Probably won't do that again as the participants stated, there should have been note in the workshop description, it was for people with O.C.D.  I did love teaching the workshop though and everyone went home with a finished pot.

So why resurrect the blog?  Because I have sooooo much free time these days?  Ooooo I think my hair just caught on fire and my nose grew a little.

Over the past few months I have been running through at least a hundred glaze tests and clay body tests.  Clay bodies at cone 6 from Laguna, Standard and Tucker…… stay tuned.
As you can see from desk I am swimming in data.  I've had some hits and some misses and surprises.
We've had some big changes in the clay world due to chemical changes, mine changes and political changes, which all impact the price of stuff in the studio.  I just bought a new Skutt kiln and over my pottery lifetime I have owned L&L, Skutt, Olympic, Cress and Paragon, so let's review.  How about slips?  Got those too and recipes.

And if I get a decent glaze test out of the kilns I will post it with a picture and the clay body I used. 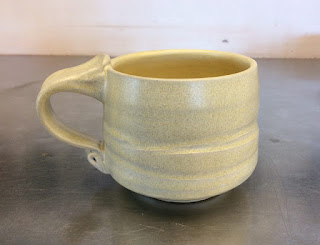 and the last update……. the boat is gone and the chickens remain.