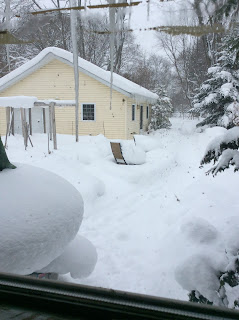 As some know, I have closed the gallery at 78th Street Studios.  LOADS of reasons but the best reason; quality of life!  Since being catapulted into the densest plane of reality 63 years ago I've had DTFSO  (difficult time figuring shit out)  I suppose I could blame it on OCD, ADD and a host of other labels but it's just life and in my life, well this is the densest plane!  I've had no problem entertaining myself during all phases of this journey.  One thing I have learned; if it's not working change it!  Stop doing the something over and over, I believe the buddhists call this  Dukkha....... or "Life is Suffering" and there have been moments I have been in deep Dukkha.  Take what you have learned and move along........  2017 was a deep Dukkha kind of year, I needed to get out the Dukkha.

In pottery terms, the gallery had me in mug Dukkha.  I rocked the mug world in a little under 3 years I sold hundreds if not a thousand of mugs.  Yup, I do love making mugs and will always make mugs but there are so many other things I wanted to make/do and became increasingly frustrated at the time constraints of trying to ......... well do just about anything else including; gardening, kayaking, hiking, fishing etc VS......... mugs.

My gallery was on the second floor of the old American Greeting Building.  I did not make enough at the gallery to sustain my studio and gallery so ended up do three large shows a year.  Lugging stuff up and down three flights of steps was time consuming and at times painful.  Yes, the building had an elevator but only a handful of people could run the elevator and you'd need to call them and I suppose I could have planned all that out but back to DTFSO.  It also had an alarm system with a keypad that I never once figured out and set off more than a few times and four keys to get into my space after hours.  But in reality I loved the other artists and being in a great community so I stayed.  I even had incredible sales the month of Dec.  Sales were so good I sat down and did my taxes January 2nd to make sure I was making the right decision.  One great month could not support the other 11 so I stayed on track with my original decision, leave. 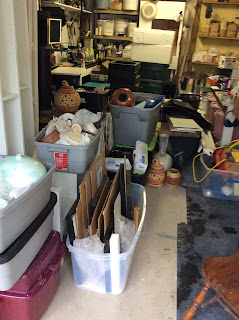 Tearing down three years of accumulation was kind of nuts, the stuff I had carried up those stairs!  It took me the better part of a week; shocking, as I thought it would take me two days.  Dumped everything in the home studio.  There is always tear down and chaos before the rebuilding can begin.  Time is also under the DTFSO heading; I've never grasped the constraints of time and I quite hate it.  It's kind of malleable and moveable and something thats not quite real so why put up with it?  I get up about an hour before the sun comes up, true in summer and winter and go bed a couple hours after the sun goes down...... summer and winter.  Yup, I am a squirrel!

It's January 19th and my taxes are done, the gallery is closed, my home gallery is open, the studio is clean and fresh pots are thrown,  applications have been submitted to a few shows,  a studio sale is planned, NCECA looms on the horizon, delivered long overdue pots to Gingko Gallery out in Oberlin,  I plotted out the new garden, my bills are paid; so let the games begin!  It's January 19th and I am already behind in the throwing department due to DTFSO! 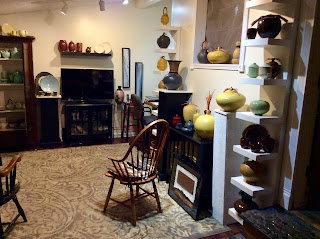 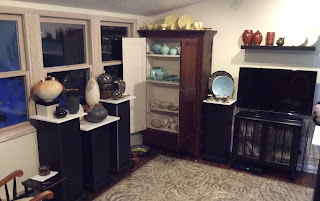 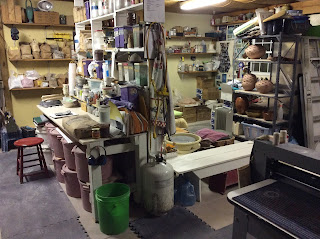 now to get the website updated and launched........and elements replaced in the old kiln..... it's always something!

and somebody is really happy about this move home........ 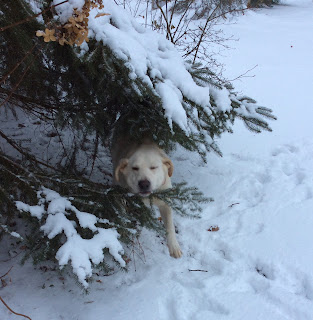