Reporting in on the craft fair from Hell....... this is fair warning and your chance to exit the door on your left.  Yes, this is a rant blog.

It has been quite a month here at Paine Falls.  A kiln failed, wrong elements sent, right elements arrived, two shows scheduled and the dog was busy making crap circles in the backyard.  The realization I am not 30 anymore and now pay dearly for those all nighters because Kirby and I were both making crap circles in the backyard.  The Tuesday before ground zero I had two kiln loads of pots fail.  It was the perfect storm and I have a paternal gene that says; WORK FASTER YOU WILL MAKE IT!

I didn't make it and cancelled the West Virginia show.  Decided to go with Christkindl Markt at the Canton Museum of Art.  It's a $300 show and $25 jury fee and I had already spent $100 building a new light stand as the booths are 8' x 10' (not the universal 10x10, so no canopy frames with light bars, don't even ask as it's stated in the contract, top of page 2) but it's a museum promoting fine art and craft. It was closer to home too;  an hour and half drive instead of 3 hours.  No brainer right?  I was physically ill cancelling the West Virginia show, I have not cancelled a show in 35 years, never.   I still blush red while typing that I cancelled.  If only I had had a crystal ball and a wand, yes a wand would have been great too.

Enter set up day, Thursday morning.  I was ready!  Drive down, sunny, no problems.  The first red flag and as I look back I should have just kept driving away but I didn't.  I pulled to the loading dock and was directed to park on a hill.  But excuse me sir, I have pottery and this hill could pose a problem.  A run away cart with pottery careening out of control, wiping out a case of plastic angels.  As he was mouthing the words, NO!  What appeared to be a young homeless man came running across the green yelling; CALL THE POOOOLICE, HE HAS A KNIFE AND A GUN.  I looked over his shoulder and sure enough there was another guy coming on fast over the green and the security guard was on his cell phone calling the police.  He kept running to the next block with his adversary in hot pursuit,  I kept unloading with my foot wedged under the wheels and praying for the case of angels.

As I unloaded the next thing I noticed; everyone unloading was old; like really old.  One guy made telephone pole Santas.  He wrestled an army of Santas out of his horse trailer onto a two wheeled dolly.  Huffing and puffing he rolled the first Santa to the cab of his truck and loaded his green oxygen tank right next to the giant red Santa.  Very festive but hope Santa doesn't pinch his hose or it could be lights out!  Is this what people do for retirement income now?  What happened to fishing or Florida or shuffleboard or bridge or bowling or canasta?

Everything made it in and I was set up.  Just in time to drive home during rush hour. 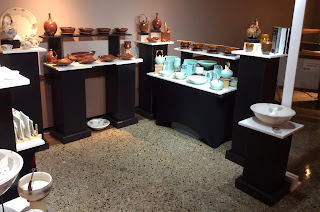 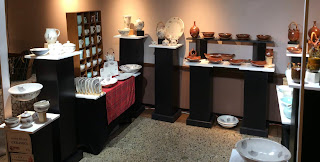 A very nice woman working the check-in gave me a map, parking pass, name badge, strict instructions on booth sitters, donuts only on Thursday, and bread crumbs so I could find my way back to the entrance.  In a dark dark room, down a distant hallway, past the alpaca knitters, past the Santa Sweet Shoppe, past the snow globe candle ornament artist and YES, next to the ......... MARBLE MAN!   He had a little cart he wheeled in and he makes little wooden trees on a tray.  You get a big bag of marbles and drop them down over the tree made of little wooden paddles, some make it to the tray, some hit the concrete floor laying in wait for little old people with canes and walkers.   He started tossing marbles Friday morning before the doors opened.  Marble man was in the cavernous hall right outside our door, the sound of cascading glass marbles bouncing off little wooden paddles and the polished concrete floor reverberated through out the grand hall.  Three days with this man and he had a demonic smile every time he dropped a bag a marbles over the little tree; he couldn't stop himself.  By Sunday the jewelry lady cracked.  She picked some stray marbles off the floor and stormed the committee office.  Wherein they sent a little old lady gray haired lady with a four pronged cane, dressed in a candy cane apron and red Hane's light up sweatshirt flashing Jingle Bells, down to "talk" to the marble man.  We all secretly hoped she open up a can of whoop ass on this guy.  After Ms Jingle Bells left, he leaned around the corner, glaring at the jewelry lady and said; If you fall, sue me.

I had great neighbors!  There were three of us in little room and we all watched each others booths for breaks, offered up treats and shot the breeze while we waited for customers who could not; for love, nor money, nor marbles find us.  We all realized by Saturday afternoon we were screwed.

We would exit our little room and look up and down the cavernous hall for warm bodies.  On Friday we noticed a booth right outside our door who seemed to be competing with the Marble Man.  It was
Princesta Magic Baskets!  (not kidding)  Turn up your speakers folks, watch the video and remember this is in the Canton Museum of Art.

And the judges awarded this guy 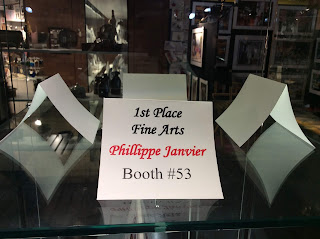 and a check for $150 and the promise he will be back next year!

By Saturday noon the other artists had brought it to the attention of the women's committee that the judges had made a wee bit of a mistake as these magic baskets were mass produced with CNC machines and there were 10 guys working in garage somewhere, maybe in America, maybe not, banging this crap out at lightening pace.  Phillippe was the minion sent out to dump magic baskets on art patrons everywhere.  I do not begrudge this man making a living but an advertised, juried fine craft/art fair in a museum is probably not where I expected him to show up.  And he worked a crowd like it was the county fair or a Vegas flea market.  Customers headed to the real wood artist with beautiful inlaid cutting boards were accosted with; "Hey friend, let me show you what I make, it's amazing and you will love it. We have a patent pending on our art!"  It was impressive to watch BUT IT'S SUPPOSED TO BE A FINE CRAFT/ART SHOW IN A MUSEUM!   When the real wood artist asked the committee ladies if he was really going to be asked back and they said; "YES, we love him!"  Real wood artist said; I don't think I can come back and the committee ladies said; "That's Fine" .....and then my hair caught fire.  And then the other jewelry guy said; This is an outrage and started packing up at 2 pm on a Saturday afternoon.  Stu is a nice guy, married to a very nice woman, he has a cool display and he had a double booth so this was gonna leave a hole!  Stu is a large man who wears a wrinkled lab coat, shooters earmuffs, has lots of cats and he could be the jeweler for Dr. Demento. The co-chair came down to talk Stu off the ledge but Stu did a great job getting the co-chair on the ledge with him and she started crying.  Stu had a good platform and was very eloquent explaining why he could no longer stay. I love Stu!  And now I was pretty sure we were in the Twilight Zone of all craft fairs!  I was ready for a candy cane fight to break out and somebody was going to loose an eye!  Nope no candy cane fight.  Strolling down the hall headed straight for us to find out what the dust up was all about the local drunken potter.  Drinking from a goblet bigger than his head he asked; What's up?  Dear God if he walked past the candle lady we would all go up in a puff of smoke! Nothing says fine art show like a drunk potter.  The only sad part, it wasn't me!   The show was so bad I started packing up at 5:30 pm and decided to head over to the real art opening across town in a college gallery with friends and real artists who like each other and are happy to see each other.  (which was such a breath of fresh air)
I went home and slept on it...... hard.  And we had our first snow event of the year, my hour and half drive turned into two hours with detours and accidents, a knuckle buster for sure.

Sunday was pretty much like Saturday, except the 90 year old crafter down the way came down and gave me the biggest bear hug ever announcing it was her birthday today.  Her husband made embossed framed work that was beautiful but he can't drive so she is his chauffeur.  She said Jesus loved me and I shouldn't let that SOB with the baskets take one more minute of my precious time.   Thanks Hon and happy birthday.... 90, she's 90 and she drove up from West Virginia everyday to do this show.  If I'm 90 and still doing shows somebody pinch my hose!

Did not make booth fee, first time in a very long time.  Four days out of the studio,  710 miles logged over 4 days and shell shocked from Christkindl Markt.  Monday morning I unloaded the van, licked my wounds, ran in to Cleveland to breakdown a gallery show.  I had people taking pictures in my booth, never asked just snapping away, when I questioned why they were taking pictures in my best jovial tone.  The person snapped if I wanted to copy it I would buy it.  What the Hell is going on in the world of craft - art - the world everywhere?  Today I wandered around my studio wrapping my brain around the next show in three weeks.
Now where did I put my bulletproof underwear?  Happy Holidays...... I think! 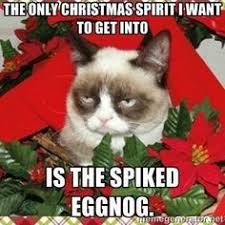