It is 4 pm on Sunday afternoon.  A pilgrimage to the grocery store was in order ...... why? Because pineapple was on sale for .99 each, I have a food dehydrator also out of earl grey tea and sardines in olive oil and lemon juice.  I have not been out to a grocery store in awhile, things were looking bleak in the pantry.  My knight in shining armor was on the ladder hanging Christmas lights, another reason to leave the compound.

I went to three stores looking for TAZO Earl Grey tea, it's the only one that takes to me a happy place around 8 pm at night.  I was zipping along pretty well....... until the third big box store, Giant Eagle.  I almost never go to this store except to fill my van with gas.  They play the points game and right now I have .40 cents off a gallon of gas because Butch fills his car for work and he gets points, lots of points.  I get to use the points when I fill up my van which holds 16 gallons of gas.  The van averages 28-33 mpg.  Even if the van happened to be on fumes I would only save $6.40.  I use a tank of gas every 4-5 weeks (I don't drive much because I live in the studio, kitchen and garden)  Six dollars and 40 cents for the month! Even if I saved $12.80,  I'm done! After shopping at the huge Giant Eagle for over 30 years I am done. Giant Eagle is based out of Pittsburgh and I hate them, I hated them 30 years ago and hate them even more today, indeed after today my hatred is beyond words.  I picked up a box of tea (not Earl Grey, they were out) one pound of cod, and two .99 pineapples.  They did not have the express lane open for people with 12 items or less so I perused the lines with carts piled high with the Christmas beast, yams, flowers and cans of cranberry sauce.  I spied a line that was moving along and jumped behind a woman wearing this: 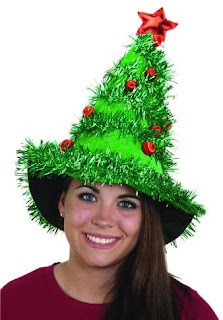 and a red Christmas sweatshirt with ornaments attached.  Should have been a red flag but it was festive and I was salmon swimming upstream.   On the belt she had two gift cards for Target, and more sugar than I could ever heave on the belt, tubs of ice cream, marshmallows, many bags of chocolate chips, crisco, and cat food.  ALL OF THESE ARE RED FLAGS, DO NOT GET BEHIND THIS WOMAN.  She totaled out at $117.00  OK I have never spent $117 at the grocery store, ever.  There was not a speck of green veg or protein or any living thing or had been living at one time, on that belt.  And then it happens....... Giant Eagle no longer allows their check out personnel to handle cash.  Your cash must be fed into a slot at knee level, not eye level.  It's black metal and pretty invisible.  What idiot thinks this is a grand idea and everybody else on the board says WHOA we should do it.  They want you to use bitcoin or plastic, anything but cash. What happened to cash it king?  My Dad always said; Cash is King and take care of your tools.
That black box sometimes spits at you if it doesn't like the bill you fed into the little slot, you can shove that bill in the slot a hundred times and the machine spits it right back at your knees.  You are bent over like you are harvesting rice or working the fields.
This woman proceeds to pay her $117.00 bill with ONE DOLLAR BILLS, one hundred and seventeen, one dollar bills!  She was bent over so long she started sweating.  She had sweat rolling down her temples and I expected the green blinking lights to short out and she would just pass out but noooooo!  The green blinking tinsel hat began falling over eyes and she kept missing the slot.  Then she was festively swearing and muttering; who's stupid idea was this?  Well I was ready to light the hat on fire with the BIC Christmas Stick lighter right there in front of me at checkout!  Might want to rethink that product  placement Giant Eagle.  The checkout kid packing bags looked around the corner and did a pretty big eye roll above his mask.  I slowly loaded invisible bullets into the thumb of my hand gun and placed it to my temple, he laughed out loud.  The people behind me just kept sighing, loudly; loudly enough for Santa to hear at the North Pole.  And then the check out girl said; OMG while she cracked her gum.  I was ready to high five her.  I thought; should I jump in and help but the dollars kept spitting back out.  Then when the swearing started I backed away.  I am a coward.  Lady do ya have a $20? I think the machine is having a heart attack.  After an eternity she whipped out a credit card and paid off the remaining $52 on her credit card.  Yelling at the poor check out kid; I HAVE NEVER PUT GROCERIES ON A CREDIT CARD IN ALL MY LIFE!
I made it, I survived. I felt mauled.  I wished the kids behind the check out, Merry Christmas and followed Mrs Potty Mouth Christmas to the parking lot.  She got in a huge shiny new pick up truck and peeled out of the parking lot.
While I was in line waiting I had time to look around at "stuff". We have lost our minds.  There was wardrobe for your dogs clothes.  I am not kidding!  Look at this! 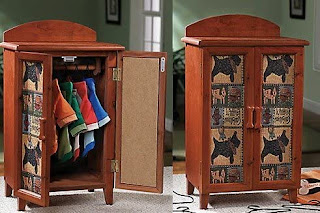 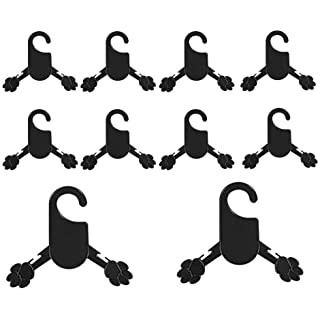 And can we talk about the chicken people?  In my email this morning.
"How does your flock inspire you to decorate?" 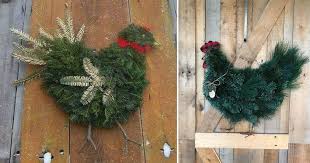 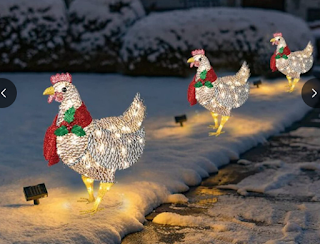 How about a frying pan?
and there is a cream cheese shortage....... that is it, we are doomed!@
I just ordered tea, a case of canned tuna and sardines on Amazon, it will be on my porch Monday as I am self grounding.
Merry Christmas.....
- December 19, 2021